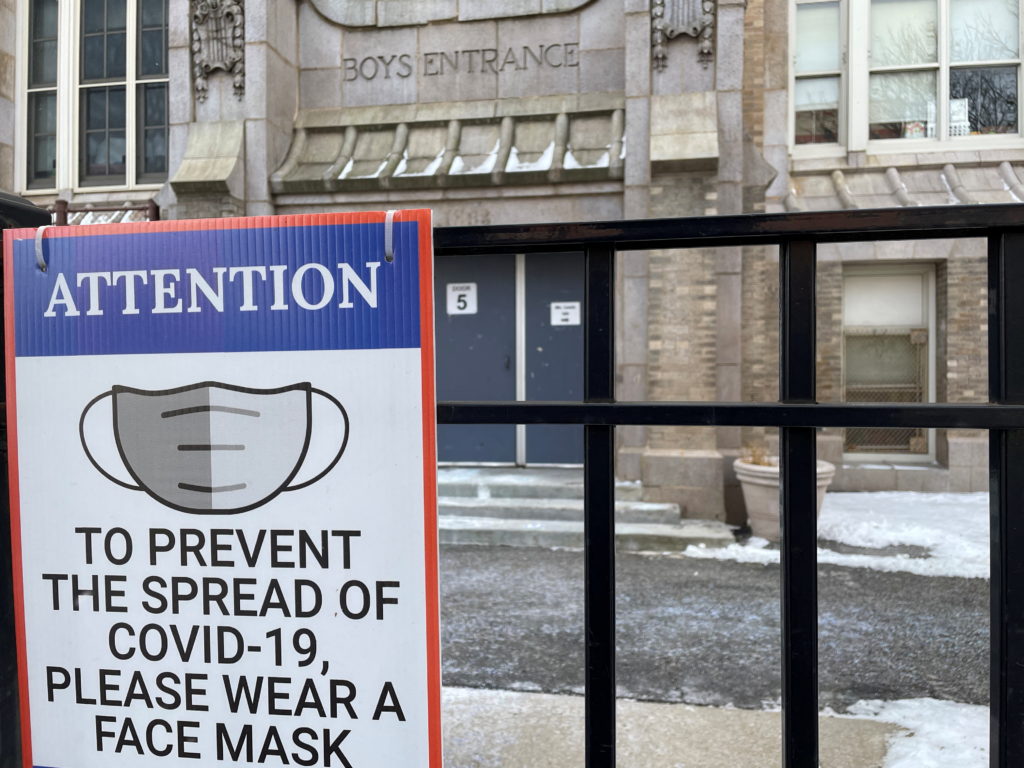 CHICAGO (AP) — Students in the nation’s third-largest district returned to classrooms Wednesday after Chicago Public Schools canceled five days of classes amid a standoff with the teachers union over COVID-19 safety protocols.

Their return happened the same day the full membership of the Chicago Teachers Union gave their stamp of approval to the hard-fought safety plan that includes expanded testing and metrics to shut down individual schools during outbreaks.

Leaders of the union gave their tentative approval two days earlier allowing children to return. They urged members to accept it, acknowledging that teachers didn’t get initial demands including a commitment to use remote learning districtwide during a surge of COVID-19 infections.

Union President Jesse Sharkey said the agreement “wasn’t a home run” but was “as much as we could get right now.”

Chicago’s struggles to keep educating children during the omicron variant’s surge are similar to those faced by districts across the country, but the latest high-profile fight between teachers and Mayor Lori Lightfoot, a Democrat, forced attention from the White House and governor’s office.

The union, which voted last week to revert to online instruction, told teachers not to show up to schools starting Jan. 5 while talks took place.

Lightfoot — who disclosed Tuesday that she had tested positive for COVID-19 and was isolating at home — repeatedly refused to agree to remote learning districtwide. She also opposed teachers’ demands for a testing program that could randomly test all students unless their parents opted out.

For parents and students in Chicago, the return to school buildings brought mixed emotions.

Derrontae Gonzalez, the mother of a 5-year-old boy and a 12-year-old girl in Chicago schools, said she understands why teachers pushed for stricter COVID-19 protocols. But she told The Chicago Sun-Times that the days of cancelled classes were difficult, particularly for her son who has a learning disability.

“I’m not concerned,” Gonzalez said of Wednesday’s return to classrooms. “I think the school takes precautions to make sure kids are safe. And I make sure my kids have masks.”

Trinity Washington, a freshman at a high school on the city’s Northwest Side, said she supported the teacher’s push and plans to be more cautious about keeping a mask on at school. She noted that a school dean has contracted COVID-19 and is on a ventilator.

View: ‘Any assembled Russian models transfer throughout the Ukrainian border, that is an invasion,”...