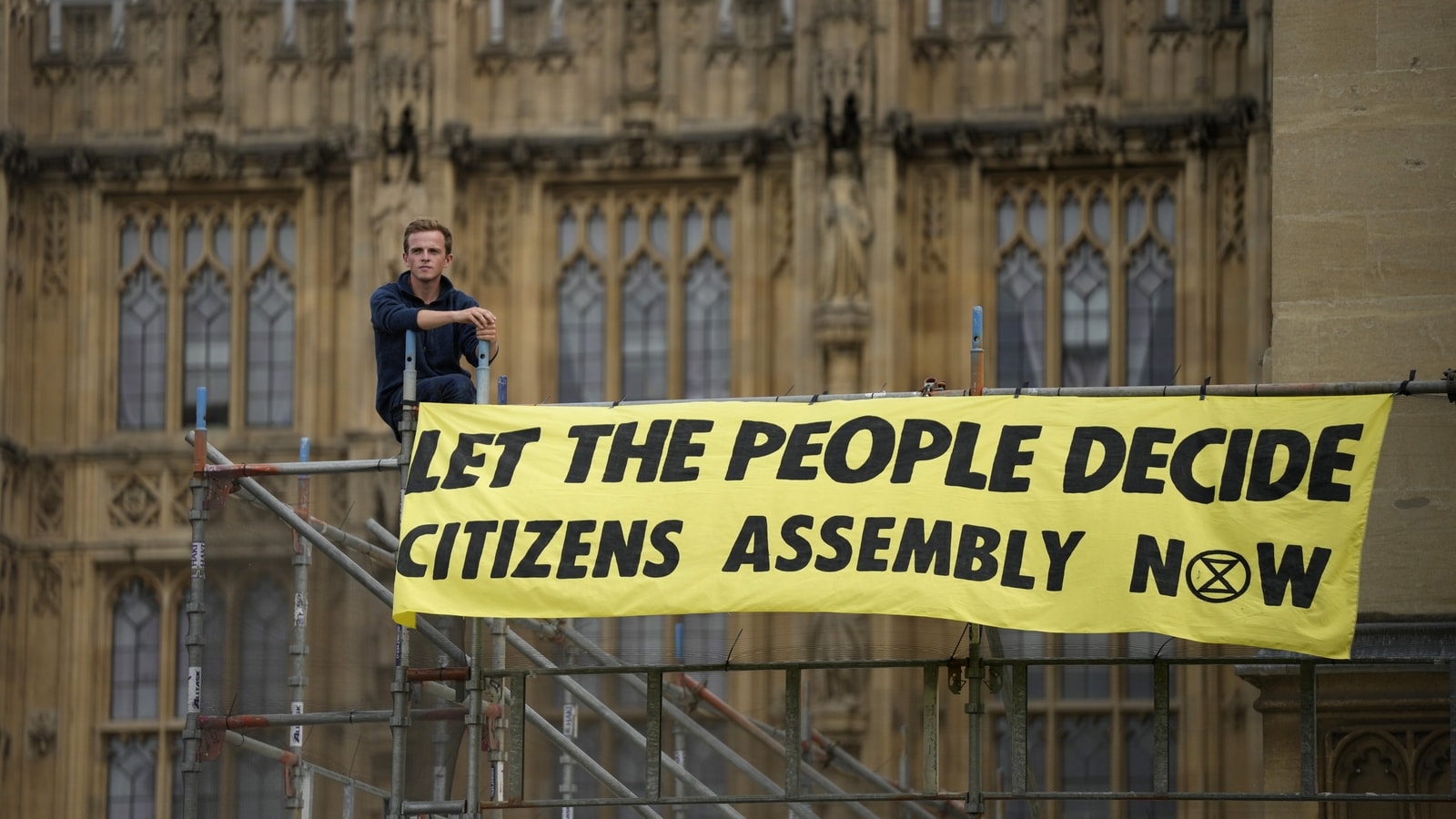 Extinction Rebel supporters entered the Home of Commons debating chamber and superglued them selves close to the speaker’s chair, the team stated on their Twitter account on Friday.

They posted a picture of 5 persons within the chamber keeping banners looking through ‘Let the persons decide’ and ‘Citizens’ Assembly now’.

The team also hung a huge banner bearing the very same phrases from scaffolding on the estate and protestors padlocked them selves to gates exterior parliament.

Parliament is not presently sitting down.

The Home of Commons did not promptly have a assertion. Specified places of the parliamentary estate are normally open up to the general public, though accessibility to the debating chamber is normally limited to guided excursions.

They stated the protestors had been looking through a speech which incorporated the phrases: “We are in disaster. We can not manage to have on like this.”