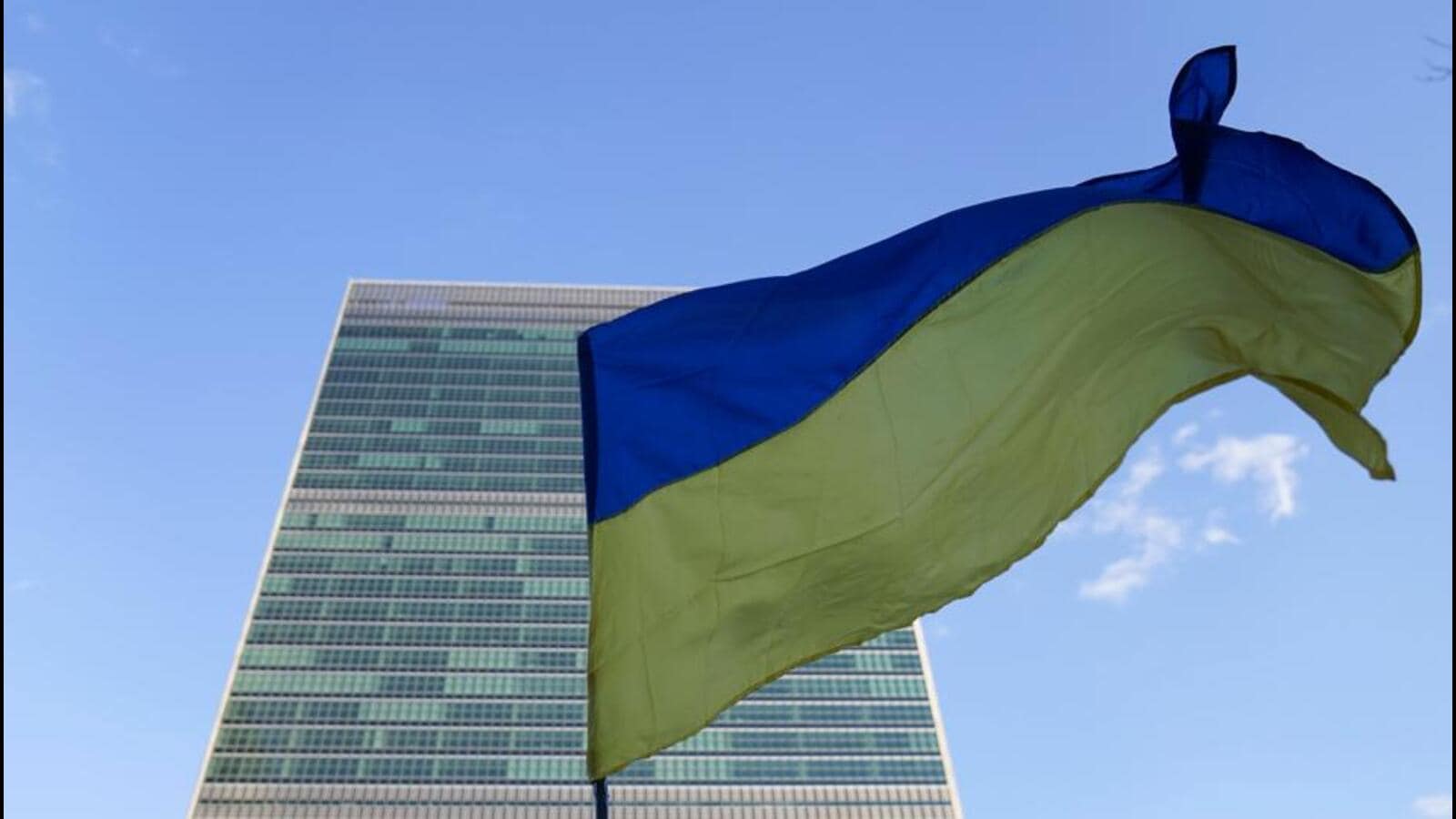 After a deadlock in its last meeting on Friday due to Russia’s veto even as the situation in Ukraine worsens, the United Nations Security Council (UNSC) on Sunday called for a rare emergency special session of the 193 member-strong UN General Assembly (UNGA).

The decision to take a United States (US)-backed resolution deploring Russian aggression and calling it to withdraw forces from Ukraine to the GA was backed by 11 members, while India — along with China and United Arab Emirates (UAE) — abstained from the vote. Since this was a procedural vote, Russia’s veto was not applicable.

Click here for full coverage of the Russia-Ukraine war

The UNGA emergency session will be held on Monday.

In its explanation of the vote, India maintained its partially critical stance on Russia it had taken in Friday’s UNSC meeting. However, focusing on principles and without naming Russia, India emphasised the importance of a return to the diplomatic path, and flagged the importance of the safety of its nationals and the need to ensure smooth cross-border movement as a humanitarian necessity.

India’s permanent representative to the UN, TS Tirumurti, said it was “regrettable” the situation had taken a turn for the worse since the Council last met. Over the weekend, Russia has continued its military offensive in Ukraine’s biggest cities, while Ukraine’s resistance has intensified.

A humanitarian crisis has emerged with mounting casualties and massive outflow of people from Ukraine — according to UN high commissioner for refugees, 368,000 people have left Ukraine since February 24 as of Sunday, and, according to the Ukrainian government, there have been 352 civilian casualties, including 14 children, and over 1,600 people have been injured.

Russian president Vladimir Putin also ordered the military to put nuclear forces on alert, which the US has called an “unnecessary and escalatory step that threatens us all”; for their part, the US, other G7 countries and the European Union, have imposed unprecedented financial and export control sanctions on Russia.

India said there was no choice but to return “to the path of diplomacy and dialogue” and pointed out that Prime Minister Narendra Modi had urged, in his conversations with Russia and Ukraine’s leaders, for a return to this measure. India had on Friday said it regretted that the diplomatic route was given up, an indirect critical reference to Russia’s decision to take the military route.

India welcomed Sunday’s announcement of talks between both sides at the Belarus border. Earlier in the day, Ukraine’s president Volodymyr Zelensky announced the talks “without any preconditions”.

He said he did not “believe in the outcome of the meeting”, but wanted to ensure no Ukrainian citizen had any doubt that he, as president, did everything to stop the war.

India also reiterated that the global order was “anchored on international law, UN charter and respect for the territorial integrity and sovereignty of all states”. “We are all agreed on these principles.” The reiteration of commitment to the principles — which was first articulated by India on Friday at UNSC — has been read as a signal that while Russian aggression may not draw India’s public opposition, New Delhi is uncomfortable with the action.

Reiterating that its priority was the safety of its nationals, India said evacuation efforts had been “adversely impacted” by the “complex and uncertain situation at the border crossings”, highlighting the importance of maintaining an “uninterrupted and predictable” movement of people and an “urgent humanitarian necessity” be addressed. India’s stand comes in the backdrop of foreign secretary Harsh Vardhan Shringla saying that there have been challenges at the Poland border crossing, while providing details of Operation Ganga — the evacuation plan launched by the Indian government.

India has now abstained from three votes in the UNSC on the Ukrainian crisis — first at the end of January on a procedural vote to take up the matter in the UNSC, then during Friday’s discussion on the resolution deploring Russian aggression, and then on Sunday on whether to take it to the UNGA.

The UNSC’s resolution calling for a special emergency session of the UNGA stems from a rarely-used instrument available in UN procedure — the last time the council did so was four decades ago, and there have only been seven instances of the UNSC referring a matter to the UNGA in the manner that did it on Sunday. The resolution is based on the argument that due to the lack of unanimity among the permanent five members, UNSC has failed to discharge its responsibility of the maintenance of international peace and security.

Sasse phone calls for Russia to be expelled from Interpol