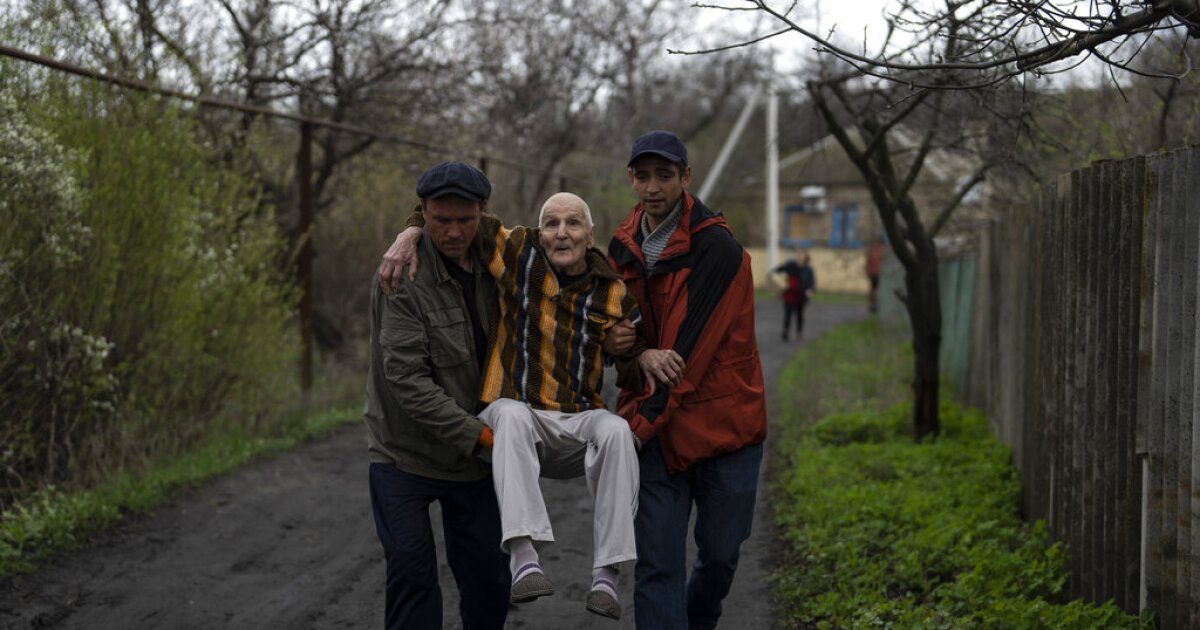 A governor in Ukraine’s Donbas area urged inhabitants to evacuate promptly on Tuesday as Russian tanks rolled into the area. The simply call will come as Ukrainian officers say no humanitarian corridors have been recognized in the place for the 3rd consecutive working day.

The plea from the head of Luhansk, in the Donbas area, was designed right after Russian forces captured the city of Kreminna. Inhabitants encounter dire instances to evacuate as Ukraine’s deputy key minister explained on Tuesday that powerful shelling carries on in the area and no humanitarian corridors have been agreed on with Russia.

“There is no time for reflection. Choices really should be designed speedily. Go away,” Serhiy Haidai, governor of Luhansk, explained in a Telegram put up on Tuesday.

“Help save your life so as not to turn into low cost labor or mobilize in the occupying forces. Those who disagree are killed by the Russians on the location. Evacuate … Buses are waiting around,” Haidai’s put up ongoing.

Haidai statements that hundreds of inhabitants of Kreminna that did not have time to evacuate are now getting held hostage by Russian forces. He explained that Russian forces applied platoons with forty armored autos for each platoon to acquire more than Kreminna in an powerful fight that lasted a few times.

Deputy Primary Minister Iryna Vereshchuk explained on Tuesday that shelling carries on in the Donbas area and that no humanitarian corridors have been recognized.

“Nowadays, April 19, however, there are no humanitarian corridors,” Vereshchuk explained on Fb.

Haidai explained evacuations would take place even with no a ceasefire in position.

“The law enforcement will escort the aged and much less cellular persons to the buses, as very well as persons from shelters,” he explained. “As a result, when you see the law enforcement patrol, do not hold off, this is a likelihood to escape. There are much less possibilities to evacuate from working day to working day.”

WTO main seeks a single or two discounts, warns ‘road will be rocky’ |...